WEBINAR ON RESEARCH AREAS IN GRAPH THEORY AND ITS APPLICATIONS 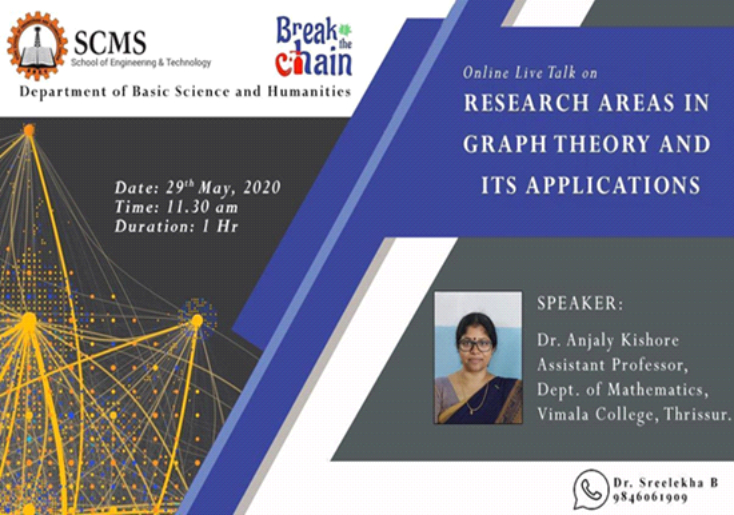 A Webinar on RESEARCH AREAS IN GRAPH THEORY AND ITS APPLICATIONS was conducted on 29th May featuring Dr. Anjaly Kishore, Assistant Professor, Vimala College, Thrissur

Graph theory is one of the fastest-growing branches of mathematics. Until recently, it was regarded as a branch of combinatorics and was best known by the famous four-colour theorem Now graph theory is an area of its own with many deep results and beautiful open problems

The concept of a graph is one of the most basic and readily understood mathematical concepts, and the Reconstruction Conjecture is one of the most engaging problems under the domain of Graph Theory. Graphs on surfaces form a natural link between discrete and continuous mathematics.

Spectral graph theory concerns the connection and interplay between the subjects of graph theory and linear algebra. In this talk, the speaker discussed graph reconstruction, graphs on surfaces and spectrum. Some problems and the methodology of research were discussed. 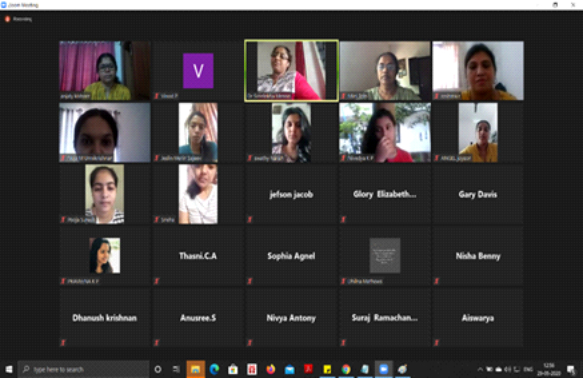